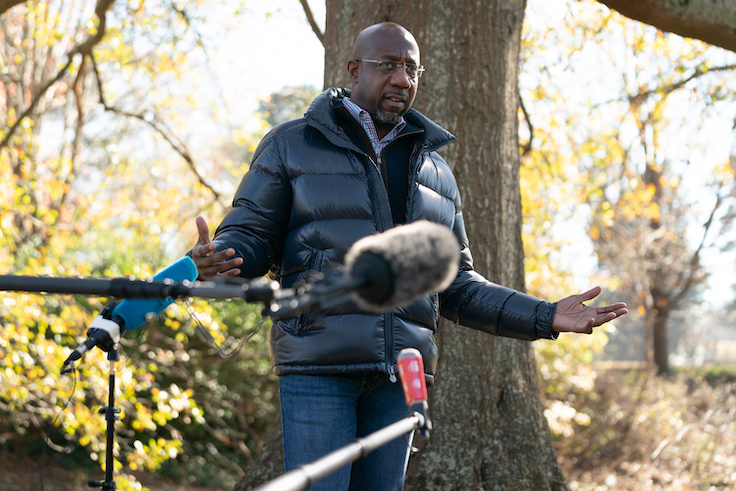 Democratic senator Raphael Warnock asked a Georgia judge on Tuesday to seal his contentious child custody dispute from the public, arguing that because he is “currently running for reelection” his opponent could use the case to “gain some political advantage,” according to a court motion obtained by the Washington Free Beacon.

Warnock made the request in a joint motion with his ex-wife, Oulèye Ndoye, following renewed media attention on their divorce. Warnock and Ndoye said in the filing that there is an “overriding interest that is likely to prejudice the parties and their minor children if hearings relating to modification of custody is not closed.” The motion says Warnock is a “public figure serving in a political office” and “is currently running for reelection for said political office.”

“[Warnock’s] opposition is utilizing the public records in order to gain some political advantage or gain,” said the filing, adding that their children could be “harmed by any unstable person who sympathizes” with his opponent.

If the judge agrees to seal the records, it could allow Warnock to avoid a messy public domestic battle while he is facing one of the most competitive races of the midterm elections.

Ndoye reopened the dispute in a February court filing, accusing Warnock of neglect of his children and failure to pay for childcare, leaving her “financially strapped.” Ndoye claimed Warnock refused to pay for childcare costs that she was forced to shoulder when he failed to show up for his custody days. She also said he “routinely neglects” to give her notice when he is traveling out of town during his visitation days, and instead has the children “picked up from school by friends and [leaves] them with various babysitters overnight” while he is away.

In 2020, Ndoye accused Warnock of intentionally running over her foot with his Tesla during a fight. The couple married in 2016 and divorced in 2020.

Fulton County Superior Court judge Shermela J. Williams ordered the couple to attend mediation and try to reach an out-of-court agreement by May 7. She scheduled a status hearing for May 16.

This is not the first time Warnock has sought court action to keep his legal quarrels under wraps. He also had his divorce records sealed in 2019, shortly before he ran for Senate.

Warnock will not have a Republican opponent until the GOP primary election at the end of May. He is likely to face Republican frontrunner Herschel Walker in the race, which could determine party control of the U.S. Senate.